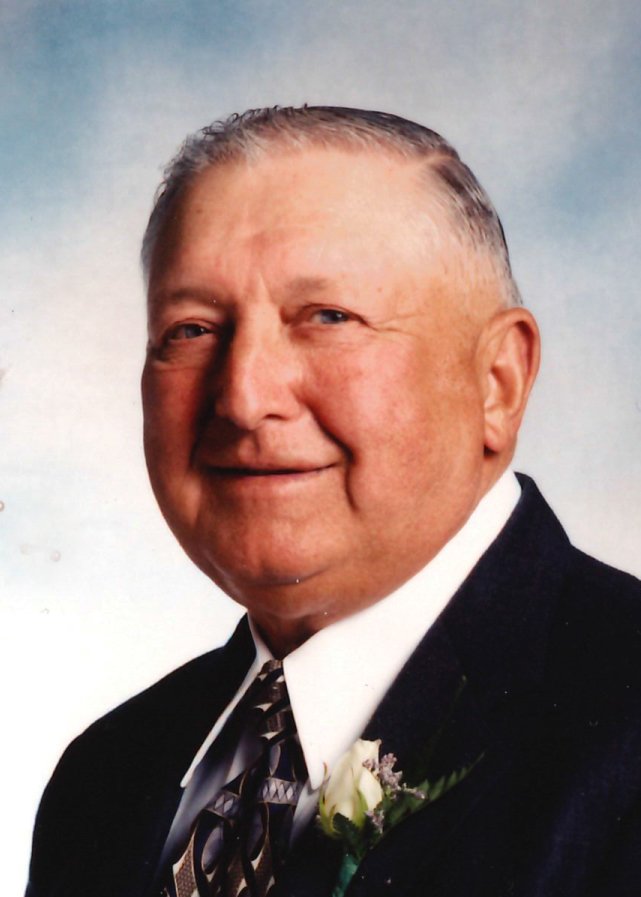 A Memorial Service will be held at 10:30 a.m., Friday, June 14, 2019, at St. John’s Lutheran Church rural Monticello with Rev. Caleb Schewe presiding.  Burial will be in Oakwood Cemetery in Monticello.

Marvin was born February 27, 1930, in Monticello.  He was the son of Arnold and Catherine (Lubben) Jacobs.  He received his education at Wayne #5 and Monticello Schools.

Marvin started farming full time on the family farm in Wayne Township following high school graduation in 1948. He married Joan Lee Ireland on January 17, 1949, at St. John’s Lutheran Church, rural Monticello, and they were parents of three children, Mike, Doug, and Brenda.  Marvin and Joan moved from the farm to Monticello in 2000.  Joan passed away in 2006.

All who were acquainted with Marvin know his life passions were farming and spending time with family.  He loved talking about the early days of farming—the good and hard times—and innovations in farm equipment throughout the years.  In his later years, he enjoyed trips to the farm to survey the progress, hearing about the day-to-day plans, and helping with whatever he could.  With his time freed from farming, his attention focused on family, especially his grand- and great-grandchildren.  He will be remembered by family and friends as a hard worker, quick-witted, kind, keen on keeping tabs on the family, and true to his German heritage.  You can always tell a German, but you can’t tell him much.

He was preceded in death by his parents, his wife, Joan, of 57 years, sisters: Lorraine McAllister and Millie Traugott, son-in-law, Larry Gollaher, daughter-in-law, Jean Jacobs, and grandson, Brett Jacobs.

In lieu of flowers, a memorial fund has been established.  The family requests memorial gifts be sent to Marvin Jacobs Memorial Fund at Fidelity Bank and Trust, 424 E Oak Street, Monticello, Iowa 52310.

His family would like to express deep appreciation to Dr. Cogdill, St Luke’s Hospital staff and Hospice.

Share Your Memory of
Marvin
Upload Your Memory View All Memories
Be the first to upload a memory!
Share A Memory
Send Flowers