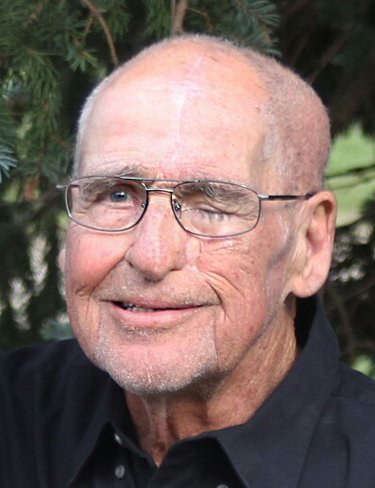 John T. Burlage, 82, of Monticello, died peacefully, surrounded by his family, Sunday, April 1, 2018, at the Good Neighbor Society in Manchester.

Visitation will be held from 3-8 p.m. Wednesday, April 4, 2018, at Kramer Funeral Home, 700 East Oak St in Monticello where a parish vigil service will be recited at 3 pm and a Knights of Columbus Rosary will be recited at 7:30 pm.  Visitation will continue Thursday from 9:15 – 10:15 am at St. Stephen Catholic Church, 4700 Valley Farm Rd, in Central City prior to funeral services.

A Mass of Christian Burial will be held at 10:30 a.m. Thursday, April 5, 2018, at St. Stephen Catholic Church in Central City with burial in Immaculate Conception Cemetery in Castle Grove.  Rev. Wayne Droessler will officiate.  Military Honors will be accorded by the Monticello Drill Team.

John was born on January 8, 1936, to Lawrence and Frances (Kurt) Burlage in Monticello, Iowa.  He graduated from St Mary High School in Cascade with the class of ’54 and then enlisted in the United States Air Force where he spent four years.  On June 3, 1961, he married Doris Domeyer at SS Peter and Paul Catholic Church in Petersburg, Iowa.

John, with his wife by his side, raised their family on their farm in Castle Grove west of Monticello.  Later in life he enjoyed driving truck and talking about his adventures.  He had a special passion for his beloved pygmy goats and could watch and talk about them for hours.  They brought him nearly as much joy as his children and grandchildren.

He was preceded in death by his son, Patrick, his parents and his brother, William “Bill” Burlage, as well as many sisters-in-law, brothers-in-law, and several nieces and nephews.