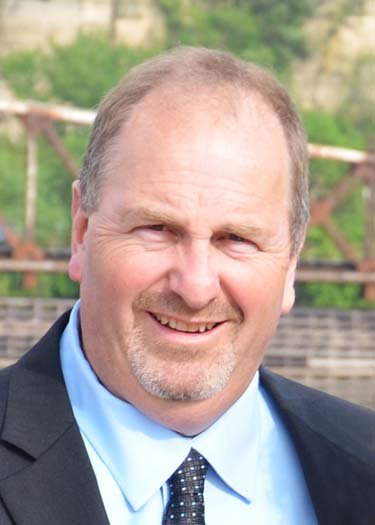 Visitation will be held from 1:30 to 7:00 p.m., Sunday, August 13, 2017, at St. Joseph Catholic Church in Rickardsville where parish vigil service will be held at closing of visitation.

A Mass of Christian Burial will be held at 10:30 a.m. Monday, August 14, 2017, at St. Joseph Catholic Church in Rickardsville with burial in the church cemetery.  Rev. Noah Diehm will officiate.

Dale became part of the Cottingham & Butler team in 2001 and led the Risk Management Safety Consultant Services.   He was dedicated to his work and most importantly he was devoted to his family.  Dale’s most cherished time was spent with family and friends, especially watching his sons compete in various sports.

Dale’s passion in fishing led him to yearly family vacations in Ely, MN and his many Canadian fly-in fishing trips with his buddies.  Although his life on earth ended too soon, he used his moments to be present to his family and friends. His boys worked beside him, learning a variety of skills and strong values, and were taught how to be conscientious, caring men.

He was preceded in death by his parents –in-law Jim and Betty (Gansemer) Wilgenbusch.

A Dale J. Sabers memorial fund has been established, memorials are preferred.

Share Your Memory of
Dale
Upload Your Memory View All Memories
Be the first to upload a memory!
Share A Memory
Send Flowers