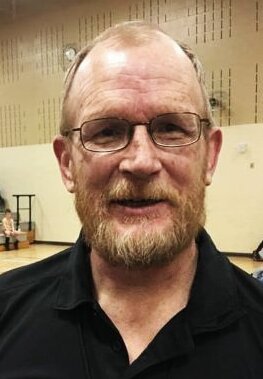 Please share a memory of Robert J. to include in a keepsake book for family and friends.
View Tribute Book

A visitation will be held from 11 am – 1 pm Monday, January 30, 2023, at Kramer Funeral Home in Monticello where a memorial service will commence at 1 pm.  Rev. Dave Raemisch will officiate.  Burial will be at the Iowa Veterans Cemetery in Adel, Iowa at a later date.

Rob was born March 7, 1964, in Cedar Rapids, the son of Robert and Donna (Nieman) Williamson.  Growing up he earned the rank of Star in Boy Scouts.  He graduated from Lisbon High School with the Class of 1982, and joined the US Army 2 weeks after graduation.  His career in the army was as a Finance Technician.  (1982 – 2010). While in the Army Rob married Tammy Baldwin June 18, 1994, and later divorced.

Rob participated in baseball, football and wrestling in high school.  In the army Rob wrestled Freestyle and Greco and was invited to the Army team training camp.  After his competition days were over, he became a Wrestling Official with the Iowa USA Wrestling, eventually becoming the Officials Director of Iowa.  His favorite part of wrestling was working with the young wrestlers and watching them grow in their skillset and celebrating their successes at state and national levels.

Rob was an enjoyable character with the people he came in contact with.  Laughter and loudness came from him when he entered.  Rob brought loud passion to any competition from athletics to quiz bowl to family reunions.  (He was a key member of the Lisbon Quiz Bowl Conference Champs 1982.)

Rob’s personality made people laugh with him.  As an adult, Rob’s character would appear just like a teenage boy: too loud in the lunchroom.  His friends, referee colleagues, and family enjoyed Rob’s energy.   Rob was not an extraverted person which may surprise many; when around his friends and family he could bring out the character that made everyone love him and laugh with him. He was known for his great sense of humor.

Information is available at www.kramerfuneral.com.  Online condolences and memorials may be sent to Kramer Funeral Home, PO Box 791, Monticello, Iowa 52310.