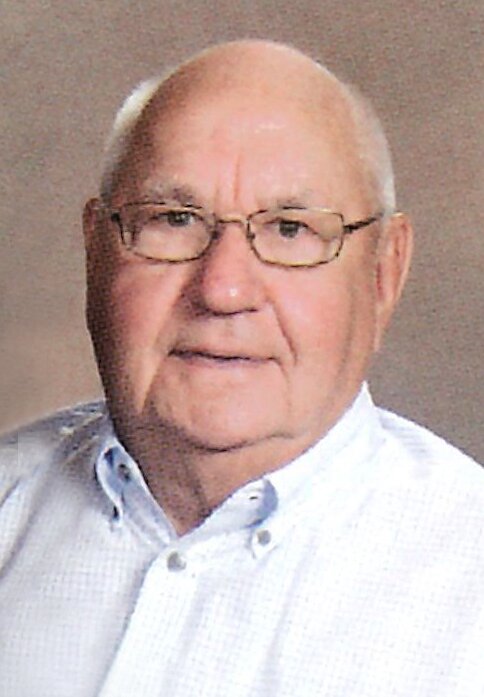 Please share a memory of Daniel to include in a keepsake book for family and friends.
View Tribute Book

Visitation will be held from 3-7 pm on Wednesday, Dec. 28, 2022, at Kramer Funeral Home in Dyersville where American Legion Post 137 will conduct a service at 7 pm.  Visitation will continue at the funeral home from 9-10 a.m. Thursday prior to the funeral mass.

Mass of Christian Burial will be held at 10:30 am on Thursday, Dec. 29, 2022, at St. Francis Xavier Basilica in Dyersville with burial in the church cemetery.  Rev. Chris Podhajsky will officiate.  Military honors will be accorded by American Legion Post 137.

Dan Worked at John Deere for 31 years, retiring in 1990.  He enjoyed watching his children, grandchildren and great-grandchildren’s activities.  His interests included golfing, fishing, hunting, and traveling.  He also enjoyed the Iowa Hawkeyes.  He belonged to the Dyersville Golf and Country Club, the Dyersville Sportsman Club and American Legion Post 137 in Dyersville.

Share Your Memory of
Daniel
Upload Your Memory View All Memories
Be the first to upload a memory!
Share A Memory
Send Flowers
Plant a Tree