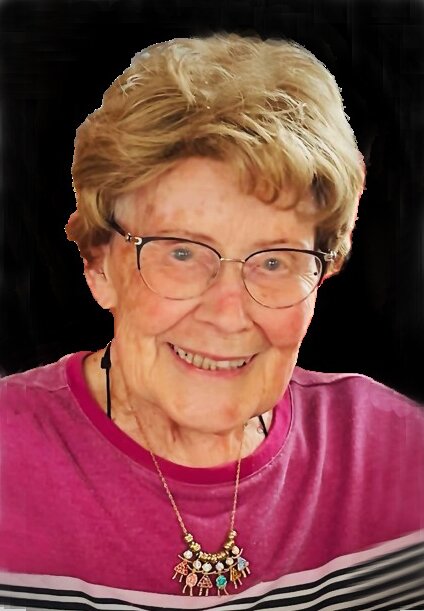 Please share a memory of Vera to include in a keepsake book for family and friends.
View Tribute Book

Elvera A. Kroeger, 92, of Dyersville passed away Thursday, December 1, 2022, at her home surrounded by love.

Visitation will be held from 2 - 6 p.m. on Sunday, Dec. 4, 2022, at Kramer Funeral Home in Dyersville.  Visitation will continue at the funeral home from 9-10 am Monday prior to funeral mass.

A Mass of Christian Burial will be held at 10:30 am on Monday, Dec. 5, 2022, at St. Francis Xavier Basilica in Dyersville with burial in the church cemetery.  Rev. Gabriel Mensah will officiate.

Vera was born on April 22, 1930, in Dyersville, the daughter of Alfred and Rose Klostermann. She grew up in the original farmhouse and walked to the country school. Vera spent time with her siblings before and after school on farm chores and spent many evenings playing games and making music. She met the love of her life and future husband, Gary Kroeger at her brother Art’s farm.  Gary had immigrated from Germany, and Vera assisted him with the intricacies of English language and studying for the citizenship exam. They were married in 1953 and raised six children.  In addition to raising children, Vera was a bus driver for 20+ years, and worked at Kroeger Body Shop well into her 80’s. Many afternoons were spent with lifelong friends laughing and sharing stories while playing cards (Euchre, Solo, and Horse-Deal).  Her adventurous spirit led her to places such as Australia, Germany, Belize, and Ireland. A favorite activity included teaching grandkids to play cards, and they were rewarded with ice cream treats well after bedtime hours.