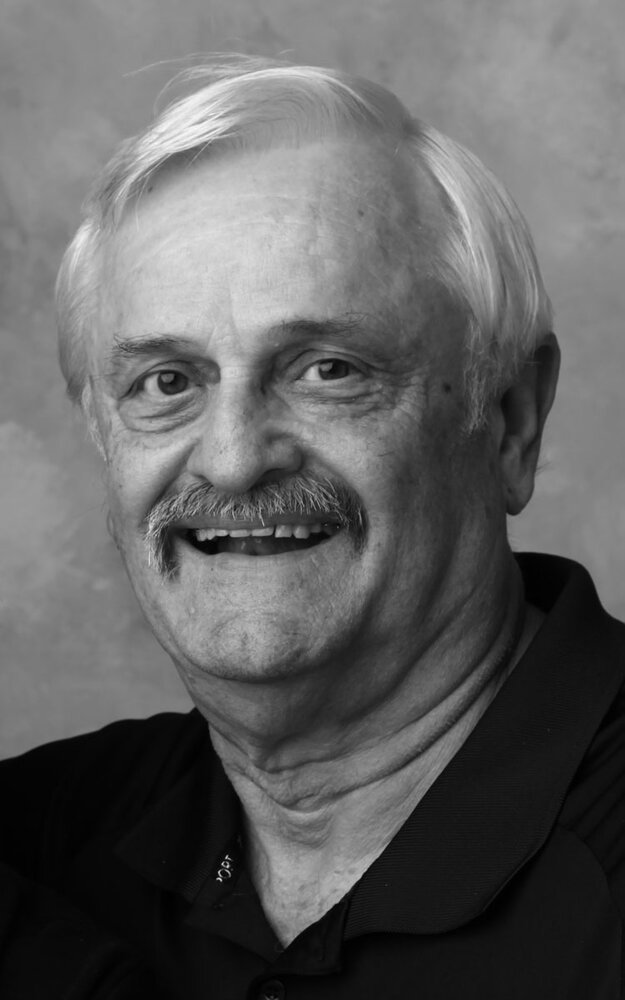 Please share a memory of Ed to include in a keepsake book for family and friends.
View Tribute Book

Edmund F. Stecklein, 80, of Monticello, Iowa passed away from complications of Alzheimer’s disease on Tuesday, November 29, 2022, at the University of Iowa Hospitals & Clinics in Iowa City, Iowa.

Visitation will be held from 8:30 – 10:45 am at Sacred Heart Catholic Church in Monticello where a Mass of Christian Burial will commence at 11 am on Friday, December 16, 2022. Live stream https://www.facebook.com/KramerFuneral

Edmund Francis Stecklein was born on October 8, 1942. He was the tenth child of Edmund R. Stecklein and Martina M. (Kurt) Stecklein. Ed attended St. Mary’s High School and played basketball and baseball for the school’s teams. After his high school graduation in 1961, Ed became a certified electrician and worked for Franklin Equipment in Monticello. During that time, he played first base for the Cascade Reds town baseball team. He later moved to Durant, Iowa, where he serviced milk machines. In the late 1960s he returned to Cascade to become a feed salesman for Moorman’s Feed Company, where he served farm families from Jones County. On December 30, 1972, he married Shirley K. DeShaw, originally of Hopkinton, Iowa, at St. Mary’s Church in Cascade, Iowa. The couple were together fifty years and were preparing to celebrate their 50th wedding anniversary at the time of his death. During the 1970s, Ed served as the coach of the Office Playgirls softball team, with Shirley playing first base. The couple were joined by a son, Jason J. Stecklein, and a daughter, Heather J. Stecklein. The family took road trip vacations together every summer. Ed traveled to 47 American states and visited Canada and Europe multiple times. Ed’s second career was as a correctional officer at the Iowa Men’s Reformatory/Anamosa State Penitentiary. After 27 years in that position, he retired in 2008 to spend more time with his granddaughters. During his retirement, Ed and Shirley enjoyed traveling to visit their granddaughters and participating in group bus trips throughout the Midwest. Ed was well-known as a sports fan who faithfully watched Monticello Panthers, Iowa Hawkeyes, Indianapolis Colts, and Chicago White Sox games. His sports knowledge was extensive, and he frequently won the weekly sports prediction brackets in the Monticello Express. Ed also enjoyed time outdoors, including wildlife watching, hunting, fishing, foraging, and tending to the trees and gardens he planted on his property.

In lieu of flowers, the family requests that donations be made to Sacred Heart Elementary School in Monticello, Iowa.