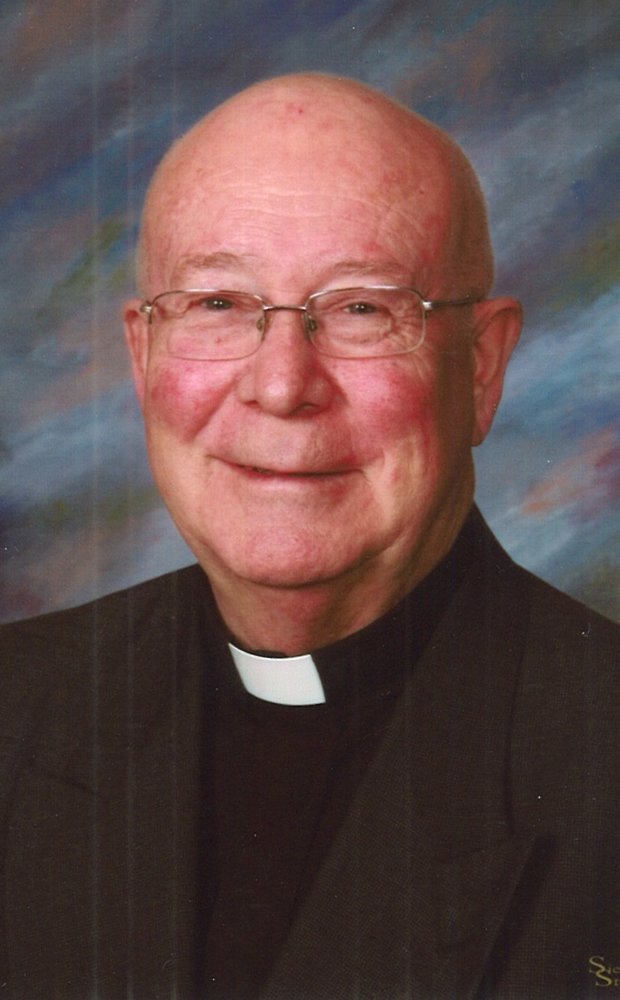 A Mass of Christian Burial will be held at 11:00 a.m. Saturday, March 27, 2021 at Holy Trinity Catholic Church in Luxemburg with burial in the church cemetery.  Archbishop Michael Jackels will officiate, Rev. Francis Fried and Rev. Noah Diehm will concelebrate along with priests of the Archdiocese of Dubuque.  Funeral services will be live-streamed on Kramer Funeral Home’s Facebook page.

Richard loved his family. His nieces, nephews, great nieces and nephews were a joy to him.  He enjoyed gatherings, was an avid card player and fisherman.  He enjoyed gatherings and visiting with people. He cherished his trips with friends to St. Augustine, Florida.  Richard liked watching sports and was a fan of the Hawkeyes, LA Dodgers and Chicago Cubs.  Fr. Gaul loved being a priest.  He had a great devotion to the Blessed Mother and St. Therese of the Child of Jesus. He enjoyed teaching and bible study groups.

He was preceded in death by his parents, and a brother Francis, in infancy.

Memorials are preferred and may be made to donor’s preference.

Share Your Memory of
Richard
Upload Your Memory View All Memories
Be the first to upload a memory!
Share A Memory