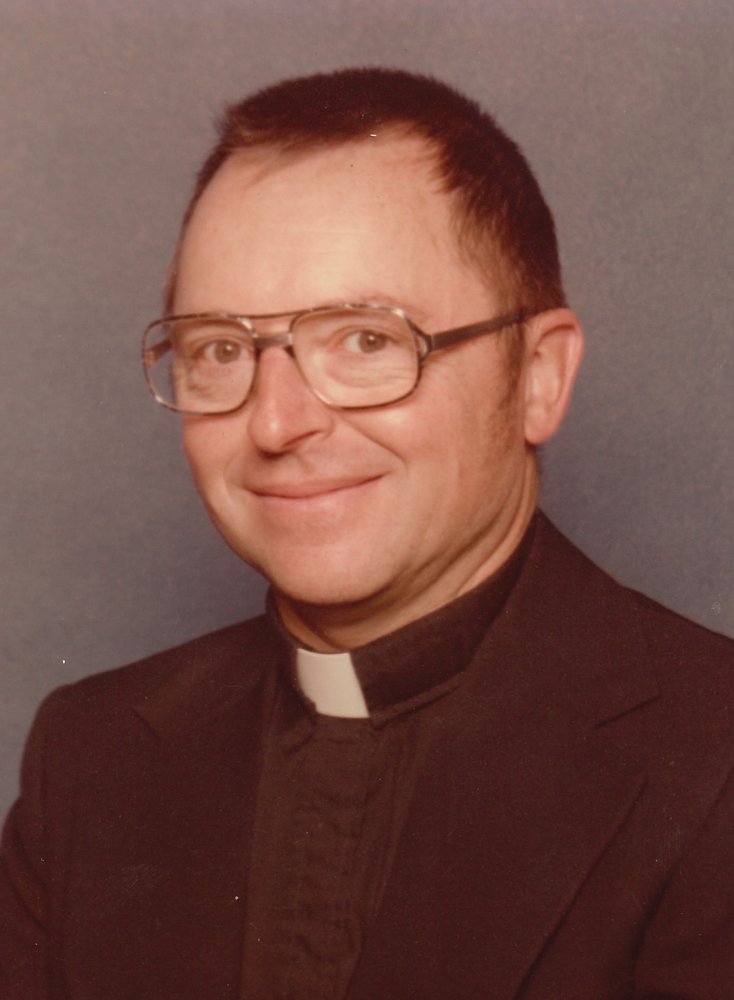 Please share a memory of Rev. Carl to include in a keepsake book for family and friends.
View Tribute Book

A private Mass of Christian Burial will be live-streamed on Sacred Heart Catholic Church, Facebook page at 10:30 a.m. Tuesday, January 12, 2021.  Archbishop Michael Jackels will officiate and Rev. Paul Baldwin will concelebrate along with priests of the Archdiocese of Dubuque.  Burial will be at Sacred Heart Cemetery.

Carl was born May 14, 1929 in Monticello, Iowa the son of George and Clara (Kurt) Manternach.  He graduated from Sacred Heart High School, Monticello and Loras College.  His theological training was at Mount St. Bernard Seminary in Dubuque.  Carl was ordained on February 5, 1955 at Christ the King Chapel, Loras College.

He was preceded in death by his parents, a sister, infant Joan, brother, Melvin Manternach, in-laws Elodie and Shirley Manternach and Emmett (Mike) Ahart.

Memorials are preferred to Sacred Heart School in Monticello.

A Memorial Tree was planted for Rev. Carl
We are deeply sorry for your loss ~ the staff at Monticello
Join in honoring their life - plant a memorial tree
Online Memory & Photo Sharing Event
Online Event
About this Event